This question about the irreversibility of evolution has remained unsolved because of the fact that we rarely know what features the ancestors had and what the mechanisms was used to evolve into the actual organisms, but the team of Joe Thornton has solved those issues by studying the problem at the molecular level, resurrecting ancestral proteins (GR1) as they existed long ago and using manipulation to study evolutionary process in two directions: forward and reverse.

The results of the work done by the research team was:

Our observations suggest that history and contingency during glucocorticoid receptor evolution strongly limited the pathways that could be deterministically followed under selection.

Selection is an extraordinarily powerful evolutionary force; nevertheless, our observations suggest that, because of the complexity of glucocorticoid receptor architecture, low-probability permissive substitutions were required to open some mutational trajectories to exploration under selection, whereas restrictive substitutions closed other potential paths. Under selection, some kind of adaptation will always occur, but the specific adaptive forms that are realized depend on the historical trajectory that precedes them. The conditions that once facilitated evolution of the glucocorticoid receptor’s ancestors were destroyed during the realization of its present form. The past is difficult to recover because it was built on the foundation of its own history, one irrevocably different from that of the present and its many possible futures.

So my friend, that’s the way nature evolve, possible never looking back. But this is a great new step for future works and research on the irreversibility of evolution.

Evolutionary computing (EC) has been widely used in recent years, and every year there are new applications for the techniques developed, despite being a relatively new area, few people are giving attention to that (at least in my vision and I will explain why) probably will have a promising and revolutionary future in relation to how we can generate innovation and even learn from it, especially as it relates to Evolutionary Algorithms (EAs).

END_OF_DOCUMENT_TOKEN_TO_BE_REPLACED

Darwin Day is a recently instituted celebration intended to commemorate the anniversary of the birth of Charles Darwin on February 12, 1809. The day is used to highlight Darwin’s contribution to science and to promote science in general.

Today is the bicentenary of Darwin’s birth and the 150th anniversary of the publication of the On the Origin of Species. So, take some time to read.

“I love fools experiments.
I am always making them.“ 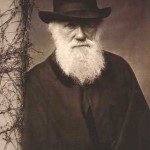